Renderings (Gensler) via The Real Deal

Big economic news for the city of Redondo Beach came out of this week's City Council meeting with Austrailian developer Queensland Investment Corporation (QIC), who purchased the languishing mall in December 2017. After multiple meetings over the past year, the Council approved the modifications to greenlight design and construction, slated for completion in just four years, in 2023.

Originally constructed in the 1950's, with updates in the 1980's, the mall had become a relic with anchor Nordstrom moving out in 2015. The City of Redondo Beach recognizes the economic need and potential of this space, which was once a major source of revenue for the City, and has worked diligently to move the progress along, taking into account locals challenging traffic issues, housing density and school admissions increases that come with the new residences. If done right, this could elevate residential real estate in the El Nido, Villas North and Villas South neighborhoods that border the area off of Inglewood and Artesia Boulevards, with strong walkability to great restaurants and new outdoor spaces for families to enjoy.

The $900 million revitalization includes a mixed use space over 30+ acres, including:

The approval allows for a 30-day period where the development can be challenged. Design will commence after that time, and construction is estimated to be a 30 month endeavor.

How to Get Buyers to Fall in Love with Your Home 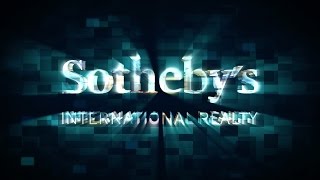 Sotheby's International Realty: The Power of a Global Luxury Brand